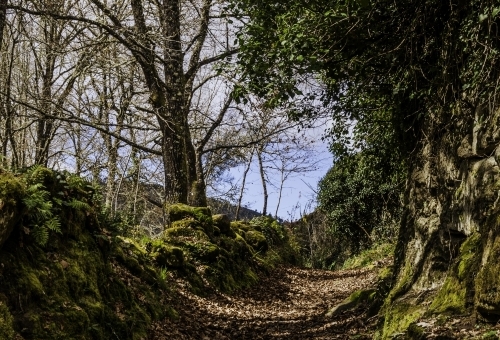 We begin walking along a royal track towards A Vila neighbourhood, where there are several mediaeval cellars. We continue along an asphalt road until we arrive at Salón, crossing a modern-day bridge. There we will find the famous Granxa de Salón, from la Encomienda of Pazos, among other historical cellars. The route leads uphill and north, the path is walled and paved, some parts are just natural bare rock. It will take us to a place called Santa Lucía, where a chapel dedicated to this saint before it was moved to the village. Nowadays we can only find remains of a roadside crucifix and shrine.

Once you arrive at the Albarellos parish church the trail continues along the royal track to Tombelo wine cellars, where another medieval cellar of the Encomienda de Pazos is located. From there we walk on to Lamela and Parede villages, the latter having San Lourenzo chapel with a statue of St James the Pilgrim, which had been buried and appeared during church conservation works. On the outside there is a cross sculpted along with the name of the comendador of Encomienda de Pazos. The asphalt road continues to Vilachá, where we will see a castro (ancient ruins), from where we will take dirt and asphalt roads to Feás, after visiting the necropolis with ancient tombstones of A Besada.

We head north along the asphalt road until we arrive at A Fenteira. Once we cross this little village,  we continue walking north, along a dirt road. We will arrive at a spot called Mámoa de Ouro,  which is placed very close to our route. Then we get to a crossroads, where we turn left and we arrive at a spot called Portela da Chancela, specifically at a river mill called a ponte do Becho. We continue north to arrive at Lavandeira place, then follow a dirt road called Vereda Vella, which will bring us to As Antas village, where we find a place with a stone marker called "Mesa dos Bispos" - a judicial and ecclesiastical marker already described in mediaeval scriptures. It is located very close to a crossroads (the writer Father Sarmiento names this place in his Galician travel) and we can read the initials of the jurisdictions and dioceses carved in the stone.

From this mountain village the track made of asphalt and dirt will lead us to the northern part of Antas.

We follow the trail to Arnelas and from there, taking an asphalt road we arrive at A Ermida. We continue along a walled dirt road until Portela de Lamas. From there we take again an asphalt road that will take us to the crossroads with national road number N-541. After 350 meters we take a dirt road to the left, going slightly downhill to Soutelo de Montes, an ancient capital of the municipality of Montes from the beginning of XVI century, which no longer exists. There we can find roadside crucifixes, one of which features the image of saint Roque, the patron saint of this place  and Saint James the Pilgrim. 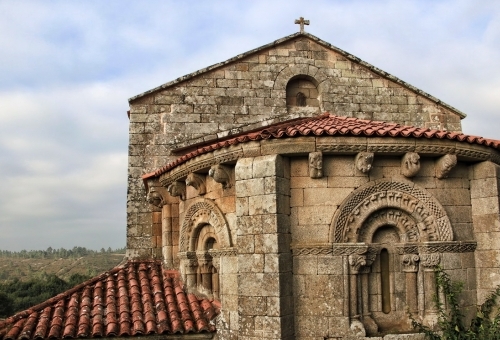 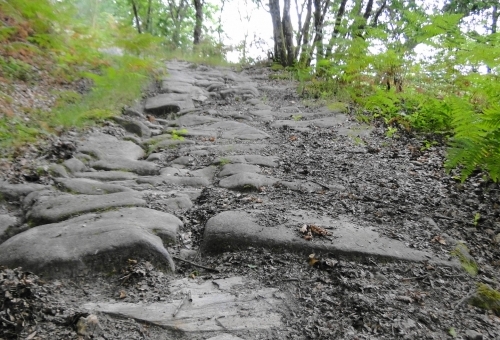